Anna has created a balanced and sustainable tax base that invites high quality jobs, facilitates excellent quality of life with well-maintained and first-rate infrastructure, and offers a wide range of housing and public facilities that build community identity and pride and engage neighbors in meaningful ways.

The mission of the City of Anna Economic Development Corporation (EDC) is to identify and support opportunities that expand the city’s business tax base and promote job growth in Anna.

The mission of the City of Anna Community Development Corporation (CDC) is to identify and fund projects that enhance the quality of life in Anna and support the work of the EDC in the community.

The City of Anna and its EDC/CDC consider candidates for economic development incentives on a case-by-case basis. The key criteria are: amount of capital investment, type of project, number of permanent jobs, wage levels, and added tax value. Those receiving incentives are required to enter into a performance agreement.

It is the City of Anna's ultimate goal to provide transparency about economic development incentives and their intended purpose. Between fiscal years 2017-2022, the following incentives were granted: waiver of impact fees and permit fees; property tax rebates; TIRZ reimbursements; and economic development grant, infrastructure. The charts below reflect activity over the last five years. 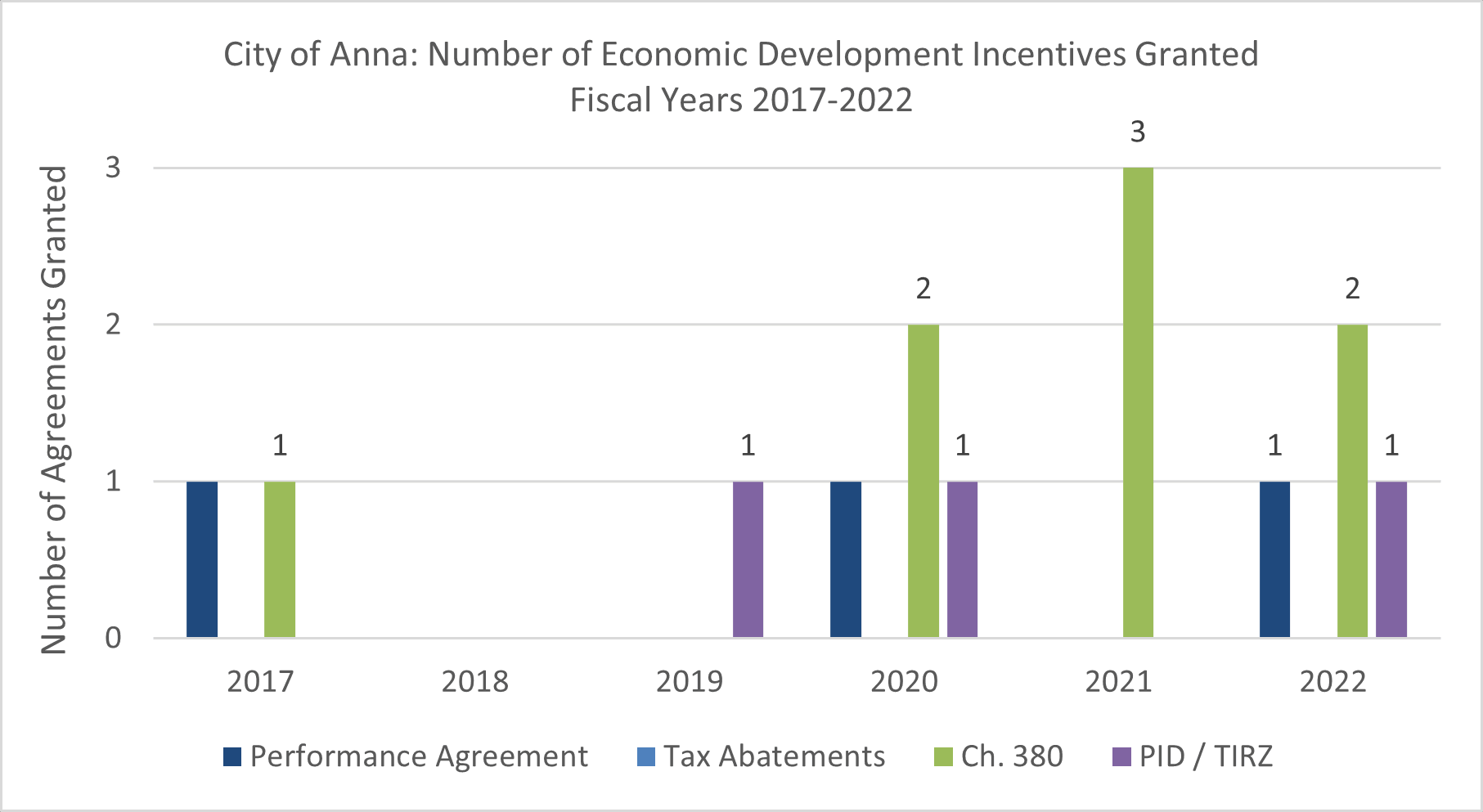