Anna is located on State Highway 5, Farm Road 455, and U.S Highway 75 eleven miles northeast of McKinney in north central Collin County. Although Collin McKinney settled within a few miles of the future townsite in 1846, John F. Greer, who arrived in 1870, is credited with building the first home and store in the new community. The Houston and Texas Central Railway, at that time built between Dallas and Denison, passed through the area in 1873. By the time Anna was platted in 1883, it had a population of twenty, two stores, a steam gristmill, and a Baptist church. A post office also opened in that year. By 1890, the town had a population of 100 to 200. Anna was incorporated in 1913, with John F. Greer as its first mayor.

Local historian Chester A. Howell compiled a brief history of Anna for inclusion in a book that was given to those who attended the Anna school homecoming on October 19, 1985. A one page "errata" to correct some minor errors was added in 1989. Mr. Howell's history, A Town Named Anna (PDF), was one of the most authoritative and complete descriptions of the history of our community until recently.

In 2018, the Anna Area Historical Preservation Society (AAHPS) published a 484 page resource that includes the history of Anna and its train depot, historical homes, early communities and cemeteries, as well as schools, fire and law enforcement. The title of this book is "The Spark That Ignited The Town of Anna" and is available through AAHPS. 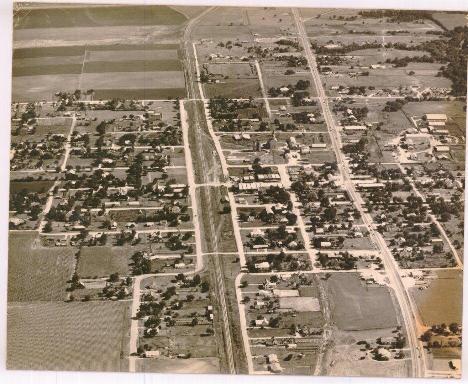